Whistleblowing, it seems, is as American as apple pie

Benjamin Franklin was not 'just' a polymath (having been at one time or another during his life an activist, an author, a bookkeeper, a clerk, a diplomat, an editor, a Founding Father, a Freemason, a humourist, an inventor, a philosopher, a politician, a postmaster general, a printer, a scientist, a shopkeeper, a statesman, a typesetter and a writer); he was also America’s first whistleblower. If not for Benjamin Franklin, America could possibly have remained a British colony much longer. It is no wonder that almost 20,000 people attended his funeral when he passed away at the age of 84 in 1790.

Although he is world renowned for his experiments with electricity and for his inventions such as the lightning rod, the Franklin stove and bifocals, Franklin’s legacy as America’s first whistleblower has been significant and has shaped America’s history as well as corporate compliance well beyond that of any other individual.

America’s penchant for rewarding whistleblowers has now been made most famous by the United States Securities and Exchange Commission’s (SEC’s) whistleblowing programme, which in its almost ten-year history has rewarded $676 million to individuals since the first award in 2012. The ability to blow the whistle on security misdeeds and misfeasance without having one’s identity revealed by the SEC has been legislated under the Dodd–Frank Act. However, there are a plethora of other United States whistleblowing programmes that also provide huge financial rewards to individuals, championed by agencies such as the Internal Revenue Service, Commodity Futures Trading Commission (which has awarded more than USD120 million since 2014) and the federal government itself via the False Claims Act (with more than USD6.4 billion awarded since 1986). The SEC has noted that an overwhelming 80% of informants first reported their concerns internally within their organisations before whistleblowing at the government level.

Corporate whistleblowing policies have evolved to include as major tenets: 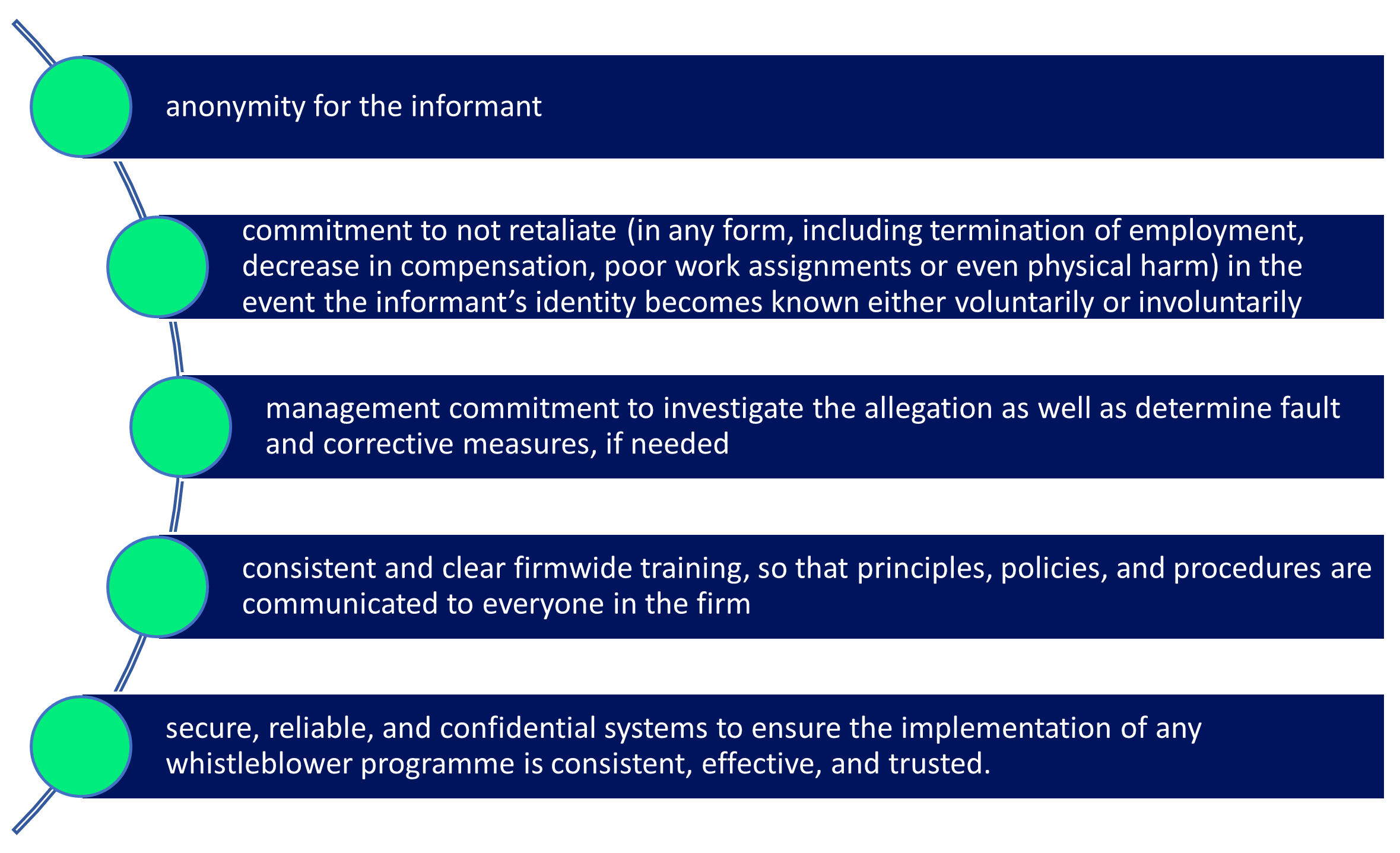 So what did Benjamin Franklin reveal that had such a profound impact on America’s history? The affair is now known as the Hutchinson Letters.

Thomas Hutchinson was a staunch loyalist who advocated British taxation of the colonies. As governor of Massachusetts at the time, Hutchinson had written a series of letters back to the British government asking them to abridge colonial rights and send more British troops to suppress American rebels. Franklin somehow procured these letters, which he leaked to the press. The Boston Gazette published the letters in June 1773 and was able to suggest that Hutchinson was conspiring with officials in the United Kingdom to deprive the colonies of their rights. Bostonians were livid, Governor Hutchinson had to flee Massachusetts and went into exile back to the United Kingdom, and Franklin was publicly reprimanded by the United Kingdom parliament. Shortly thereafter the Boston Tea Party protest (with its rallying cry of 'No taxation without representation') ended the year, propelling all parties into the American Revolution.

To request a free demo or trial of the Speeki whistleblowing platform, please contact us here.

Your role in the company whistleblowing programme as a ...